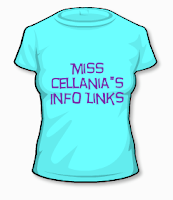 The 19-year-old Hubble Telescope was refurbished earlier this year. The new, improved photographs have been released, and are eye=popping good! (via Neatorama)

The curious case of the game show neuroscientists, or how NOT to research an online community. Sometimes it’s not so easy to pull on over on large groups of internet users. (via Metafilter)

The art of car sales, from the salesman’s point of view. The more you are prepared for their sales tactics, the more you can avoid spending. (via Lifehacker)’

Sonification: A Little Data Music. Any kind of data with a pattern can be transformed into music, and there are several ways to do it.

Scientists can now levitate mice in the lab. They say they are doing it to help astronauts deal with low gravity, but you know they’ll be out on the streets with a tin cup impressing tourists any day now.

An 1857 letter from a slave to her former owner’s family will break your heart. On a lighter note, here’s an 1865 letter from a former slave who was by then a free man.

Your mother always urged you to sit up straight, and you should have listened to her. A study by researchers from the Universidad Autónoma de Madrid in Spain and Ohio State University finds that sitting up straight makes you feel more confident about yourself.

Things Mathematicians See at the Movies. Epidemiology, engineering, game theory, and balance theory all come up in movies you know and love.
Posted by Miss Cellania at 9/15/2009 06:03:00 AM