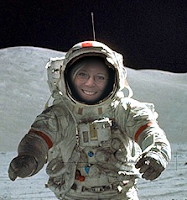 Wired has a collection of videos from the British Medical Association showing surgical operations from the 1930s. Be warned they are graphic, but at least they’re not in color.

The New Homesteaders: Off-the-Grid and Self-Reliant. When the robots/aliens/zombies take over, these are the folks you want to have as close friends.

The Arctic Circle is warmer than it’s been in 2,000 years. Scientists are noticing many changes in animal populations because of it.

Carl Jung’s final book might actually be published after almost a hundred years. Those who’ve read it say it’s a work of genius, or maybe psychosis. (via Metafilter)

15 Spectacular Sinks & Strange Wash Basin Designs. I want them all! And here’s more.

Cable trains run up and down hills in Europe through the power of gravity. Some are filled with water to make them heavy; one goes downhill on sewage.

What do you do when all else has failed to change your kid's behavior? As any experienced parent will tell you, chill out and let it go, at least for a while.

Normally, babies learn how to look at the world before they can communicate their experiences. The rare cases of people who have been blind all their lives and then had their sight restored offer scientists a unique opportunity to study how we learn to interpret visual signals.
Posted by Miss Cellania at 9/21/2009 05:39:00 AM