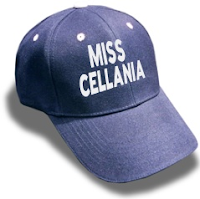 Money may not buy happiness, but it can buy just about everything else. But is a market economy a good thing in the long run?

Mike Wallace died Saturday at the age of 93. Here's a look back at how he changed the way TV news investigations were done.

Barbie's Abandoned Family Members. So many sisters and cousins that disappeared under mysterious circumstances (or just poor sales)!

In the game Time 4 More Cat, you are the cat, and just like all cats, your goal is to eat food and avoid being stepped on. Plus, there are force field powers you can pick up and portals to take you somewhere else.

Self-Help Tips from General George Washington. He didn't come up with the rules, but he did his best to live by them.

What's the probability of rolling a Yatzee?

A teen's response to “I'm Christian, Unless You're Gay” inspires and confuses.

It's been 50 years since the first James Bond movie, and the earliest "Bond girls" are in their 60s, 70s, and even 80s, but for the most part, they still look fabulous!

The Case Against Kids. Is procreation immoral?

In the game Evoke, all you have to do is spot the differences between the left and right sides -but it’s more difficult than you think! (via Look at This)
Posted by Miss Cellania at 4/09/2012 07:00:00 AM