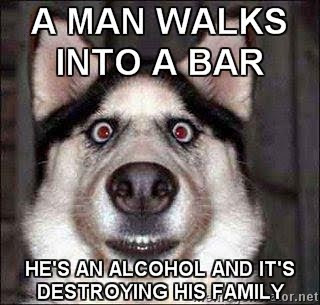 The military pilot called for a priority landing because his single-engine jet fighter was running "a bit peaked."

Air Traffic Control told the fighter jock that he was number two, behind a B-52 that had one engine shut down.

A couple came upon a wishing well. The wife leaned over, made a wish and threw in a penny. The husband decided to make a wish, too but he leaned over too much, fell into the well, and drowned. The wife was stunned for a moment but then smiled, "It really works!"

How come when you mix flour and water together you get glue? But then you add eggs and sugar, and you get cake? Where did the glue go?

You know darned well where it went! That's what makes cake stick to your butt.

What's the difference between a girlfriend and wife?
45 lbs

What's the difference between a boyfriend and a husband?
45 minutes