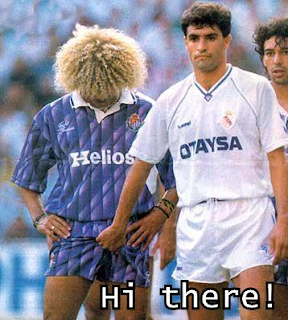 At one point during a game, the coach called one of his 7-year-old soccer players aside and asked, "Do you understand what cooperation is? What a team is?" The little boy nodded in the affirmative.

"Do you understand that what matters is whether we win or lose together as a team?" The little boy nodded yes.

"So," the coach continued, "I'm sure you know, when a foul is called, you shouldn't argue, curse, attack the referee, or call him a pecker-head. Do you understand all that?" Again the little boy nodded.

He continued, "And when I take you out of the game so another boy gets a chance to play, it's not good sportsmanship to call your coach 'a dumb nitwit' is it?'' Again the little boy nodded.