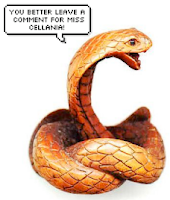 The Last Days of Lucille Ball.

How to Be a Horrible Boss. (via Boing Boing)

Norwegians of the Rainbow. Forty thousand gathered near the Oslo courthouse where mass murderer Anders Behring Breivik is on trial to sing about peace and harmony.

I knew this would happen, but I didn't think it would take two years. The webcomic Axe Cop is going to television!

The Jewish Engineer Behind Hitler’s Volkswagen.

Michael Jackson's Neverland Ranch went into foreclosure a few years ago, and was sold off in pieces. But before that happened, urban explorers sneaked in for a night of documenting the amusement park in photographs for posterity.

Those who raise money to fight breast cancer disagree on how best to spend it. Some want mammograms for everyone, but that's not reducing the cancer rate like you'd expect.

The poor dog doesn't know whether to explore, attacks, or run. I pretty much feel the same way when confronted with an electric toothbrush.

The %20 is throwing off the link here:
http://www.darkroastedblend.com/2012/04/jewish-engineer-behind-hitlers.html%20

Great set of links! Thanks for feeding my brain every day.