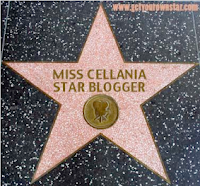 
The unlikely story of Tommy, his big head and his family’s even bigger hearts. Part one. And part two.  (via Minnesota Public Radio)

A Tribute to Professor Lipscomb.

A Transparent Attempt to Explain the Economics Behind Running a Pop-Culture Website and the Need to Run Intrusive Advertising. This is why I have to work two jobs besides blogging here -and why I don't use Adblock.

The one on far right.

Alfonso Ribeiro channeled Carleton Banks as he led a flash mob in a dance routine. Why yes, they did the Carleton dance ...how did you guess?

The Speedy Greedy Hamster. It's a classic Tom and Jerry cartoon in real life!

James Cameron and Peter Jackson are working on making 48 frames per second the new standard in film production. The Hobbit is being shot that way, but a test audience didn't like it at all.

This frog is just sitting there, doing his Kermit impression. Or maybe he's working on his other human capabilities in order to take over while we're sleeping.

The heart-tugging Olympic-themed ads are starting already. Proctor and Gamble's ad for Mother's Day made me tear up and wish my kids had athletic ambitions.

California voters may abolish the death penalty this fall, because this time it's all about economics. The state would save tens of millions of dollars every year by getting rid of death row.
Posted by Miss Cellania at 4/25/2012 07:00:00 AM

RE website economics: That's why I always try to go to at least one link on a site and one frame into the site. Ane yes, I do use adblock.