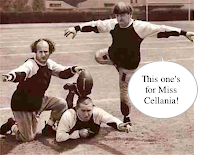 A simple experiment answers that old question about which came first, The Chicken Or the Egg.

The TV series Arrested Development will be resurrected for nine or ten new episodes before the movie is released. They’ll have the same cast and characters, but they will be different from regular sitcom episodes.

Remember Tommy Wiseau, who was responsible for the movie The Room? Believe it or not, he’s got his own webseries now, and it’s all about video games.

Emergency Teddy Bear has everything you need. But only if these are the things you need.

The insane couch gag on this week’s episode of The Simpsons was done by Ren & Stimpy creator John Kricfalusi. In case you missed it, it’s online for your confusion and enjoyment.

Chopping onions will make you cry.

Sleep Tight! a reassuring bedtime story for toddlers. Or actually nothing of the sort.

The NBA lockout has affected video games as well. What do game characters do when they can’t do what they …do?

Military police carry out a training exercise in which they raid a porta-potty. It might not be clean, but by golly, it’s clear!