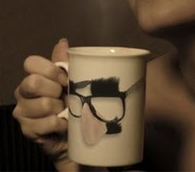 Starry Night is Everywhere! A roundup of how Van Gogh's masterpiece is used by people for all kinds of projects.

Why Cleavage is Bad for Crimefighting addresses the practical problems with the way superheroines’ costumes are designed. I don’t think logic was ever the reason behind the look.

Batman Meets the Riddler. And then takes all the fun out of being an insane themed supervillain.

The Mini Band is composed of 8- and 10-year-old kids from the Newbury Rock School in Berkshire, England. Listen to their performance of Metallica’s “Enter Sandman” and recall what you were doing at that age.

The Jetsons‘ daughter Judy was a boy-crazy teen who was hip to the coolest lingo. But when you compile her clips into one video, she sounds hysterically promiscuous.

A little girl gets the happiest surprise of her life. She even cries adorable tears -and you might, too.

Some folks don’t know when to stop with the automobile hydraulics. Have you ever seen a car jump rope?

How many different songs can you include in a mashup and make it sound good? Chris from Ithaca Audio proves that if you know what you’re doing, the answer is “all of them.”

7 of the worst ways to propose to a woman. Yeah, the one at the funeral is a no-brainer.