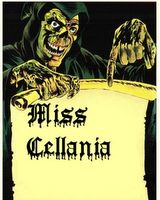 The Physics Book by Clifford A. Pickover. I'm glad I already have a copy of this!

This thread at Metafilter lines out so much of what's wrong between employers and employees now. Oh, yeah, there's an article attached, but it's not all that helpful.

Jon Bon Jovi has opened a restaurant without fixed prices. You pay if you can, and help out at the restaurant or somewhere else if you can’t.

A military dad reads a bedtime story to his daughter via prerecorded video. It gets more adorable and poignant as it goes along.

Why Being a Jerk at Work Pays. In the workplace, rudeness tends to be respected and rewarded, more so if you are a man.

Being Elmo: 5 revelations about Sesame Street’s star. That would be Kevin Clash, who has given Elmo his personality for 25 years.

Twelve years after the fact, two families found out that their babies were switched at birth. This turns out to happen relatively often in Russia.

The Cost Of Daylight Saving Time. A hassle twice a year for an extremely small payoff.

Scientology’s super-creepy South Park investigation. The church took retaliation measures against the show after an unflattering episode in 2005.

A Voice From the 1%. One of the wealthy explains what difference taxes on the rich will make. (via Boing Boing)

Here's what you should know about the soldiers who guard the Tomb of the Unknown Soldier at Arlington National Cemetery.

Who knew that Mt. Ranier could throw a shadow onto the sky? Luckily, some talented photographers knew, and now you can, too.