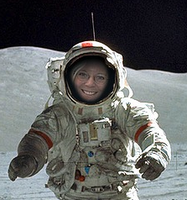 Head on Brain in Brain. It will start to make sense when you read it. Or maybe not.

Ridiculous Tips for a Miserable Sex Life. Nerve has a monthly throwdown of advice from magazines.

Ghost Hosts of the UK and the US.

Jeff Wysaski printed up a public service announcement based on the HBO series Game of Thrones.

The challenge is to define what a “sandwich” is without running into logical exceptions. If you aren’t careful, you’ll include a pop tart but not a grilled cheese.

The fifth Die Hard movie is set to film next year. See a list of wonderfully punny title suggestions and what they are really going to call it.

A battle between Maggie The English Mastiff and Dude The Chihuahua. Size doesn’t matter when they’re both this cute!

How about a floor show with your drink? A bartender pours twelve martinis at once and doesn’t mix or spill them. And no glass was broken.

Real News Dumbed Down explains the Occupy Wall Street protests in simple terms. This is for young people who don’t understand big words like “filibuster” or “economics” but intimately understand “bandwidth.”

Fake English. Or else I'm hard of hearing.

The 32 Wittiest Comebacks Of All Time. They may not all be true, but they are are memorable. NSFW text.

To put you in the mood for The Walking Dead season premiere this Sunday, here’s a supercut in which you can see zombies being shot, over and over and over.
Posted by Miss Cellania at 10/14/2011 05:42:00 AM