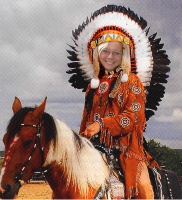 How many scientists does it take to change a light bulb? It depends on the discipline!

If you’ve heard somewhere that Charlie Sheen died, it’s just the latest in a long line of celebrity death rumors. Sometimes it’s better to wait for a reliable source.

The Dark Knight Rises won’t be in theaters until 2012, but the teaser trailer is out. An there’s a slide show of photographs from the production as well.

Phillip Mendonça-Vieira accidentally found himself in the possession of 12,000 screenshots of the New York Times homepage, which he arranged into a video for your perusal. There are some stories that were so big you can follow them even at this breakneck speed. (via Laughing Squid)

Romance novelists find out that literal bodice ripping was never easy. Deeanne Gist wanted her writing to be historically accurate, so she studied actual Victorian underwear and shares her research with other writers. (via Metafilter)

Geeks warn us about geek bullies in this parody of anti-bullying PSAs. Or maybe it’s not a parody after all, since I’ve seen this type of snobbery all over the internet.

Ranking the 5 Dumbest Categories of People on the Internet. You already guessed YouTube commenters, didn’t you? (via Film Drunk)