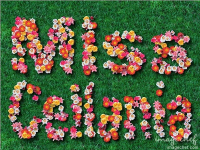 Bradley Manning’s Army of One. He’s in jail for allegedly leaking military documents to Wikileaks, and everyone wants to know why. (via Boing Boing)

The Physics of Cheating in Baseball. Baseball fans know the rules and the scandals, but does a wet ball really travel further?

“Among all 90 belly buttons Dunn and his colleagues have studied so far, they have found 1400 species of bacteria, a number of which have never encountered on human bodies before.” Carl Zimmer does some extreme navel gazing. (via Metafilter)

The Sixth Sense and Beyond. This has nothing to do with ESP!

People are more likely to change their behavior when they get immediate feedback and the ability to change that feedback in real time. Feedback loops give us a sense of control, like how we make the radar speed sign change as we drive.

Gulags: Then and Now. Thankfully, the “now” part of a set of abandoned place photos.
A CIA analyst spent ten years tracking Osama bin Laden. Now that he’s dead, we get a glimpse into how “John” caught up with the terrorist leader. (via The Daily What)

From LP to App: A Brief History of the Evolution of Recorded Music. People have been happily listening to someone else’s music for over a hundred years now.

A woman who left the Quiverfull Movement give an inside look at the culture and philosophy of the lifestyle. She also explains why she had to get out. (via Metafilter)
Posted by Miss Cellania at 7/07/2011 05:39:00 AM