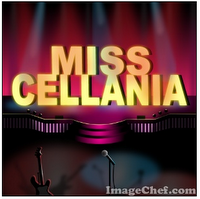 Corporate profits are up 36%, but they still won't hire full-time workers. (via Metafilter)

The winners of the very first Google Science Fair were announced this week. These young ladies may one day save your life with their research, but right now they are looking forward to some awesome internships. (via Geeks Are Sexy)

“Why does she stay with that jerk?” Victims of domestic abuse have their reasons, often quite understandable reasons. NSFW text. (via Metafilter)

Do we really need a remake of the 1990 film Total Recall? It won’t have the goofy humor, Schwarzeneggar, and maybe not even Mars -but it will have Colin Ferrell.

An educational report tells us of widespread cheating on standardized tests in Atlanta schools. Here is a roundup of opinions on what we should do to catch and discourage this sort of thing.

The tomatoes in my garden are starting to turn red. Looks like it may be getting close to Salsa Time!

The Top 10 Invented Languages. Of course, all languages are invented, but these were deliberately created for specific reasons that you’ll find quite interesting. (via Neatorama)

Harlequin Poison Dart Frogs come in a variety of colors depending on what specific valley of the South American rain forest they live in. They don’t have to blend in with their background because they are covered in dart poison!

Honeybees are responsible for pollinating our food crops, but Colony Collapse Disorder is killing them off. One way science is responding is to selectively breed super-tough bees to replace them.
Posted by Miss Cellania at 7/19/2011 05:37:00 AM