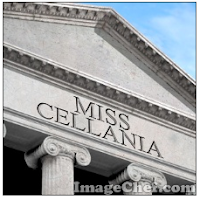 How a Pulitzer prizewinning writer constructs a job departure email. If you’re going down in flames, you may as well do it with style. NSFW text. (via Lifehacker)

The Wagah Border Closing Ceremony is going to be scaled back, and may end altogether. Not because it’s silly, but because it’s unhealthy for the participants. (via Metafilter)

People are having their sight restored by artificial retinas. A small chip with 1,500 light-detecting diodes makes it possible.

7 Heroic Dogs. A good dog will give his all in the name of loyalty. Bring hankies.

Life aboard the International Space Station. Walking, eating, cleaning, and other everyday activities have to be totally relearned for living in space. (via Jason Kottke)

A video shows how the Soviets digitally doctored photographs in 1987, before the availability of Photoshop. It looks crude now, but it sure beat the scissors and glue they once used!

What do you get when you cross a Segway with a submarine? A scooter called BOB, which is short for HydroBOB.

When the Internet Attacks: Cyber Vigilantes. Be recorded doing something offensive, and you might receive payback from strangers the world over.
Posted by Miss Cellania at 11/05/2010 05:47:00 AM