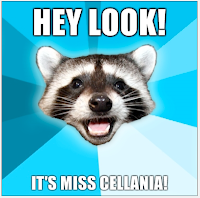 Quarks and Leptons and Bosons, Oh My! The short course in subatomic particles.

This guy makes a good living writing custom papers for college students, from admissions essays to graduate theses. Is this cheating or just another way to get ahead? (via Metafilter)

Christiaan Snouck Hurgronje took photographs of Mecca in 1885, until he was thrown out just before the Hajj. Now they are on exhibit as the annual pilgrimage begins. (via Neatorama)

You’ve probably seen the move The Bridge On the River Kwai, but you might not know how much of the film was true and how much was fictionalized. The real history of how the railway between Burma and China was built, including the bridge, is a horrific story.

Popcorn popping in super-slow motion. This really should have “The Blue Danube” playing behind it, don’t you think?

5 Average Joes That Became Famous. When lightning strikes, it’s good to be ready for your turn at stardom.

5 Ways Stores Use Science to Trick You Into Buying Crap. Everything about your shopping experience is designed not to serve your needs, but to manipulate you. NSFW text.

The Landsat 5 and Landsat 7 satellites are sending back images of Earth in false color. Not only are they useful to scientists, but they can be called works of art.