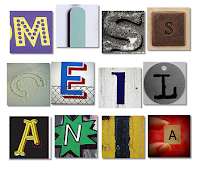 The Case of the Vanishing Blonde. A story worthy of Sherlock Holmes, but which happens to be true. (via Metafilter)

How well do you use apostrophes? Test yourself with this simple 10 sentence quiz. (via b3ta)

There are ten countries that have four-letter names. Can you name them all in four minutes?

5 Famous Scientists Dismissed as Morons in Their Time. Sadly, it’s hard to say “I told you so” when you’re dead.

The “Router” in Your Head. Understanding a weakness in the human brain by comparing it to computer technology only makes it appear more impressive.

You Fix the Budget. Select your plans for spending cuts and/or tax increases to balance the 2015 and 2030 US government budgets. Then see how others did it. (via TYWKIWDBI)

A roundup of science articles that try to draw readers by using Harry Potter analogies. Next month: the science of Cowboys and Aliens.

Diagrams that Changed the World. Who knew Florence Nightingale invented the pie chart? (via Boing Boing)

Isabella Rossellini makes videos that explain the sex lives of animals. She’s covered many species and their odd mating habits, but none as weird as the duck.
Posted by Miss Cellania at 11/26/2010 06:04:00 AM