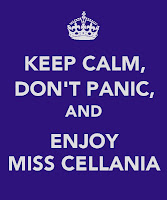 Frank Zappa appeared on ‘What’s My Line?’ in 1971. It’s all over when he was asked if he had a mustache.

The blog Women Running from Houses is subtitled “judging books by their covers”. Not having read many Gothic romance novels, I had no idea that a woman running away from a house was such a common theme for a book cover! (via Metafilter)

April in Paris?: A Striking Analysis.

In Case You Missed It, watch Conan Obrien's show opening from the premiere of his new talk show.

6 Eerily Specific World Events Predicted by Comics. Is it possible that comic book writers have a super power of their own? (via Interesting Pile)

X-ray Mania! At the end of the 19th century, x-rays were so popular that many products sported the word (if not the actual rays), from prophylactics to stove polish. (via National Geographic News)

When is a music video made of toast? When it’s the new song “Last Leaf” from OK Go!

Defenestration is the act of throwing something out of a window, or in this case, your body right through the glass. It’s also an easy way to put a little oomph into a mediocre movie. (via Gorilla Mask)
Posted by Miss Cellania at 11/12/2010 05:41:00 AM