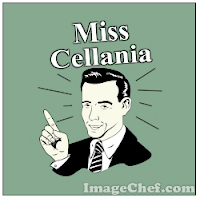 10 Things I Learned at BlogWorld in Las Vegas. Ya'll didn't even know I was gone, did you?

Mother Earth Mother Board. The story of how the world became wired by a system of cables laid across the bottom of the seas. (via Metafilter)

Harnessing Your Marilyn Monroe Neurons. Pop culture icons literally become part of your brain, and when found, can be used to control a computer.

The fear of waking up six feet under can be worse than the fear of dying. Safety Coffins were developed specifically for the possibility that one might be buried alive.

A young man rescued a baby hummingbird and fed it with an eyedropper. Now he has women all over the internet swooning over him.

How a man can serve 18 years in prison for murder despite no evidence against him. He was finally freed last week.

Tony Acevedo was 20-year-old medic in the US Army when he was captured in early 1945. He was sent to perform slave labor for the Germans, but managed to record his experiences in a secret diary. (via Fark)