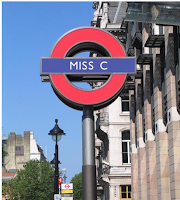 A review of Southern Barbecue. What you'll eat depends mostly on where you are.

How to Fix a Vacuum with a String Bikini.

The 6 Creepiest Marketing Campaigns Aimed at Children. Some are clever but unethical, and some were thought up by someone with a brain on drugs.

An emergency drill at a Japanese zoo sees workers chasing a man dressed as a polar bear. This should be a new TV comedy series.

It's been 22 years, but it seems like yesterday. Where Are They Now: The Cast of Ferris Bueller's Day Off.

You've seen the documentary clip of the amazing lyrebird before, but Waverly Films made the footage with Sir David Attenborough even better!

The best village name in England!