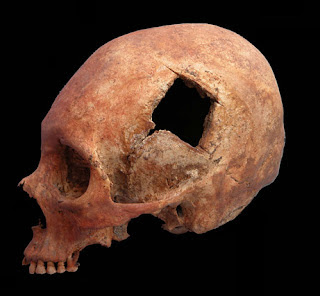 Prehistoric Inca neurosurgery was more than just cutting holes in skulls. As far back as 600 years ago, the success rate was 90%!

5 Scientific Laws and the Scientists Behind Them.

Bees don’t have the sense of smell that they used to. Could air pollution be the cause of colony collapse disorder?

You do NOT want to click this link. Really, you don’t want to.

Cool Math: toys for mathematically-minded adults and kids. I don’t know what a lot of these things are, but I want to play with them anyway!

Scientists have created the first genetically modified human embryo. Is this a quantum leap forward or a step down the slippery slope?

How lions hunt. This video is just a little bloody, but that’s nature’s way.

Leonardo da Vinci’s Ten Best ideas. If these had been his only ideas, he would still be remembered and admired today.

78-year-old Dale Davis lost his sight due to macular degeneration 11 years ago. On May 3rd, Davis found himself with a string of 11 strikes and one frame left.