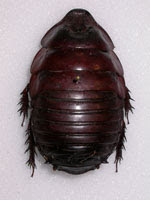 The Largest Insects on Planet Earth. Nine bugs that you don’t want to see in your home!

The most visually frightening bridge ever. The Sky Bridge in Langkawi, Malaysia is held up by one thin column set at an angle.

Who should MDs let die in a pandemic? A new report recommends who should receive the lowest priority consideration when resources are tight.

Enter this sweepstakes, and you could win a grass-fed cow, already packaged and frozen for you. (via YesButNoButYes)

Beyond Rape: A Survivor’s Journey. An extensive and heart wrenching account of a victim, a rapist, and the many other affected by the crime.

Travel Tips for Globetrotting Geeks. A little preparation can save you from technology withdrawal when you vacation abroad.

131 million-year-old bird fossil found in China. The Confucius Bird, who lived along the dinosaurs, resembles modern birds much more than the Archaeopteryx.

Lots of Animals Learn, but Smarter Isn’t Better. Creatures who are born with all the information they ever need are less likely to be eaten while others are busy learning.

Boing Boing Gadgets editor Joel Johnson recently spent a week in the woods to see if he could work on the internet in the wild using only solar power. The results are on video.
Posted by Miss Cellania at 5/09/2008 06:32:00 AM