Do you want links with that?

Yes, you certainly look like you need a laugh right about now. Get a cup of coffee and enjoy some of the weirdness I’ve run across this week.


Let's start out with a music video, Victorian style.

The 100 Rudest Place Names in Britain. And I though Hell-for-Certain was a strange name!

Its not what you think: The Blue Ball Machine. I can see people linking to this when they write about their job! Version Two also available. Worth a look for the music alone. But as with any well-oiled machine, sometimes things go horribly wrong. (Thanks, Ken!)

Triumph the Insult Dog does the weather forecast for Hawaii!

The World’s Greatest Marriage Proposal. And we get to follow along!

From the Biography Channel: Find your Dead Celebrity Soulmate. (Thanks, Del!) 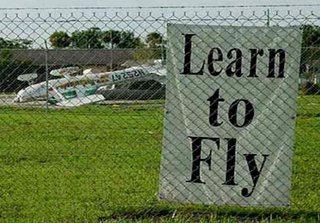 The Center for Disease Control has released a list of symptoms of bird flu. If you experience any of the following, please seek medical treatment immediately:


I changed my job goals dozens of times before college. Changed my major during my first year. Now I find out I was on the wrong track the entire time! So, considering I have a job and little kids, I should be able to acheive this new goal in, oh, maybe 15 years.

What Advanced Degree Should You Get?

I used to live in West Tennessee, where a lot of farmers kept faintin’ goats as pets for laughs. Watch this and see why.

Now, a word from our sponsor, Panexa: Good for what ails ya.

Find out how popular your first name has been over the past 100 years. (Thanks, Del!)

The complete guide to shooting rubber bands. Not for children. Its not obscene, but there are some things you just don’t want them to read.


SMALL TALK AT A PARTY 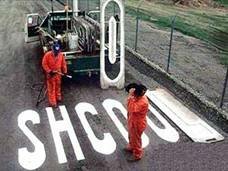 A crusty old Sergeant Major found himself at a gala event, hosted by a local liberal arts college. There was no shortage of extremely young, idealistic ladies in attendance, one of whom approached the Sergeant Major for some conversation.

She said, "Excuse me, Sergeant Major, but you seem to be a very serious man. Is something bothering you?"

The young lady looked at his awards, medals and decorations and
said, "It looks like you've seen quite a lot of action."

The Sergeant Major's short reply was, "Yes, ma'am, a lot of action."

The young lady, tiring of trying to start up a conversation, said, "You
know, you should just lighten up a little. Relax and enjoy yourself..."

The Sergeant Major just stared at her in his serious manner.

Finally, deciding to take a different tack, the young lady said,
"You know, I hope you don't take this the wrong way, but when is the
last time you had sex?"

The Sergeant Major looked at her and curtly replied, "1955, ma'am."

She gasped, "Well, there you are! You really need to chill out and
quit taking everything so seriously! I mean, no sex since 1955!
Isn't that a little extreme?"

The Sergeant Major, glancing at his watch, said in his matter-of-fact
voice,"Do you think so? It's only 2130 now..."

Thought for today: Change is good as long as I don't have to do anything differently.

Thanks again! I posted a link to your site and the 10 reasons gay marriage is wrong.