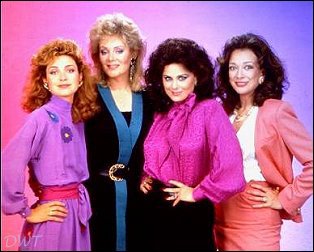 Every once in a while, the subject of local dialects comes up in my yahoogroups. Yes, accents are just about audible through typing, because of the way we put words together. I DO type words like “y’all” and “reckon” when I’m joining in a conversation. Once I got into an exchange with a friend from Alabama, using as many Southern idioms as we could. The other members tried to guess where we were from (Oklahoma?). Ha! I’m a Kentucky girl, which is still considered a border state, but I’m in the SOUTHERN part of Kentucky, and spent many years in Tennessee besides. So you could call me educated in Southern Speech, even though I am just a hillbilly.

Why is that important? Because when you make fun of Southern Speech, you better be from the South. We can laugh at ourselves all day, but if someone from UP NORTH makes light of our ways, the bile gets to risin'. Meaning, we don't like it. GRITS (Girls Raised in The South) and Good Ole Boys will set you straight in a Noo Yawk minute. Then again, maybe we make fun of ourselves so we can beat the others to the punch. See some posts about it at Clueless in Carolina, Churp Churp, and Scattered and Covered.

Do you have a born-and-bred Southern dialect? Take the Yankee or Dixie Test to make sure. (Thanks, Thor!)

If you came out as a Yankee, you may want to consult the Dixie Dictionary or the Southern Word Homepage to get yourself up to speed. Also, here’s our secret to being catty as all get out while remaining ladylike.

But you cannot LEARN to be a true Southerner. It takes years and years of following the fine examples of our ancestors. Bless their hearts.

We don't keep firearms in this house.
Has anybody seen the sideburn trimmer? 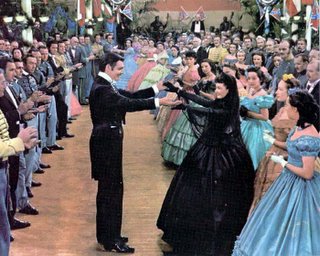 You can't feed that to the dog.
I thought Graceland was tacky.
No kids in the back of the pick-up, it's not safe.
Wrasslin's fake.
Do you think my hair is too big?
I'll have grapefruit instead of a bowl of gravy.
Honey, these bonsai trees need watering?
Give me the SMALL bag of pork rinds.
Deer heads detract from the decor.
Spitting is such a nasty habit.
I just couldn't find a thing at Wal-Mart today.
Trim the fat off that steak.
Cappuccino tastes better than espresso.
The tires on that truck are too big.
I'll have the arugula and radicchio salad.
Unsweetened tea tastes better.
Would you like your fish poached or broiled?
My fiancee, Paula Jo, is registered at Tiffany's.
Little Debbie snack cakes have too many fat grams.
Checkmate.
Does the salad bar have bean sprouts?
Hey, here's an episode of "Hee Haw" that we haven't seen.
I don't have a favorite college team.
I believe you cooked those green beans too long.
Elvis who?
Be sure to bring my salad dressing on the side. 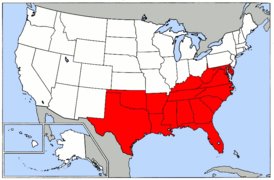 
English (Great Britain; certain parts of U.S.)
"I Love You" 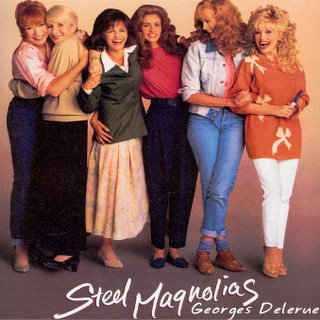 Thought for today: In the South, the breeze blows softer...neighbors are friendlier, nosier, and more talkative. (By contrast with the Yankee, the Southerner never uses one word when ten or twenty will do)...This is a different place. Our way of thinking is different, as are our ways of seeing, laughing, singing, eating, meeting and parting. Our walk is different, as the old song goes, our talk and our names. Nothing about us is quite the same as in the country to the north and west. What we carry in our memories is different too, and that may explain everything else. --Charles Kuralt

Hey, come jine the discussion over at my joint: Pam or Sissy?

(It's the post below the one with the latest in redneck Christmas yard decorations).

Why then, I reckon we are, indeed, kindred spirits -- er, kinfolks spirits! :-)

Oh, and on the genera; subject of this here post, here's something:

I got 75% Dixie! Should be a hunerd though. What is the other 25%? Better not be damn Yankee! I can tell it was a Yankee the made up that test. It has alot of bias toward their own vermin. Ah well, it was entertainin'. I hope all you Yankees may live long and prosperous lives in your own smelly cities. Please stay out of the South. We want to keep our shooting ranges. God bless the South!

West Virginia is not the South, especially the northern and southern parts of it. We left the south to be yankees in the civil war. We may be close cousins, but we are still from the north.