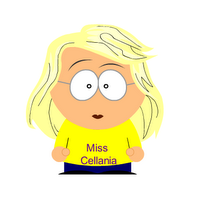 Children show us how creativity takes time. So do you want it done by the deadline, or do you want something different and memorable?

2016 is a feature film from Ghana with Predator- and Alien-like creatures. The trailer is crazier than any viral video made by bored teenagers.

Paul made a sweet storybook gift for Emma. He put it on video and called it Vines.

Bert and Ernie record their voices for Tom Tom GPS. Maybe now they can tell you how to get to Sesame Street!

8 things your tattoo (and where it is) says about you. Anyone with these tattoos is welcome to speak up and refute any points.

Michael J. Fox appeared at a Parkinson’s disease fundraiser last weekend and took to the stage to play “Johnny B. Goode.” The event took place exactly 56 years to the day after the scene in Marty McFly played it at his parent’s high school dance in the movie Back to the Future.

It sounds like a SyFy story, but there’s no movie effects here. A giant robot snake has been developed, shown in a video with a real robot spider.

A group called 2CELLOS does a cover of Nirvana’s “Smells Like Teen Spirit.” Try to guess what instruments they play.

Marcel the Shell with Shoes On is the adorable seashell that charmed the internet a year ago. Now he’s back with a new video.

The easiest way to have your very own TARDIS is to convert your refrigerator. I always wanted a fridge that’s roomier on the inside!

Warning: Arctic Fox Pups Are Obscenely Cute. One of them has heterochromia, which is cute in itself.