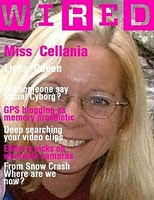 Ancient Astronomers. How come they knew so much?

Google Earth has some strange-looking pictures of the Gobi desert. Out in the middle of nowhere, China, there are massive grids and circle that can be seen only from space.

How the GOP Became the Party of the Rich.

Football is almost a religion at Penn State, and the faithful have been shaken by the Sandusky scandal. This week, the fans are doing some serious soul-searching.

E. Coli scares us when we find it on food, but we could learn to love its fuel-producing abilities. With a little genetic modification, we could put the bugs to work eating sugar and cranking out biodiesel.

Mexican officials are investigating the case of the 10-year-old girl who gave birth, to see if she might have been raped. She’s ten years old, isn’t that enough evidence that she was raped?

Stuntman/gymnast/free runner Damien Walters shows what he’s been doing this past year. Get ready to let your jaw drop, as if that’s an acrobatic move.

An Unofficial Guide to Life as a Ref. In case you ever considered going in to the “field.”

The U.S. government has a few job openings in Houston, Texas, with some travel required. Applications will be taken now through January.

On Friday, a hearing will decide whether the military can be held responsible for rape within the ranks. A suit by 28 plaintiffs alleges that the brass swept their sexual assault cases under the rug.