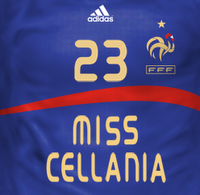 The world now has seven billion people. A video from NPR helps us to visualize how that happened so quickly.

It wasn't always this way. In earlier decades, prosperity the economy affected rich and poor alike.

How covered wagons traversed the Rockies. It was harder and more ingenious than you ever imagined.

What did someone say about the sanctity of marriage? Staying in it for the long haul is what says the most.

Living a prosperous modern life won’t make you happy. In fact, there are facets of the modern world that make up a recipe for depression.

A study says happy people live longer, but you know that correlation is not causation. It could be that older people are just happy that they aren’t dead yet.

Surprise! Your status updates or the comments you leave on Facebook might show up in a Google search. I hope you’ve written nothing that a future employer might find objectionable.

A Beautiful Letter From An American Lieutenant To His 3-Year Old Son On V-E Day. Bonus: it was jotted down on Hitler’s personal stationery.

Every artist has his muse: Michael Bay has his explosions. They have now been graphed and charted so we can see how they grew over time.

11 of the most disappointing teams in sports history. That’ll teach you not to get your hopes up… oh, who are we kidding?

More people in the U.S. die of prescription pain pill overdoses than by heroin or cocaine combined. It’s a painkiller epidemic.