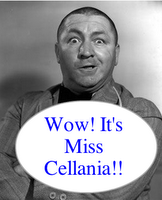 The Difference Between American and British Humour. I think it's because all the optimists in Britain moved to America 300-400 years ago. (via Breakfast Links)

Soldiers welcomed home by happy dogs. A new set of emotional videos, with a link to the previous list as well.

To save you from watching the Adam Sandler movie Jack and Jill, the terrible film reviews have been strung together to tell the story. I’m quite sure it’s more entertaining this way.

An ad needed a chair flown to the edge of space to be filmed. They could have used CGI or other special effects, but they really launched the chair and camera to the stratosphere.

Pretty colored pencils dance to music by Hudson. “Against the Grain” features a pleasing stop-motion video.

10 toys that will permanently screw up your kid. Well, maybe not, but they are pretty disturbing to parents.

If you thought a McRib sandwich was the ultimate in tasty tasty junk food heaven, hold on to your hats. Behold the McRib a couple of simple improvements.

12 Things You Can Do On A Segway. Or rather, 12 strange things that someone somewhere has actually done.
Europe, according to everyone looking through their own culture and experiences. The further you go, the funnier it gets. (via mental_floss)
Posted by Miss Cellania at 11/15/2011 05:44:00 AM