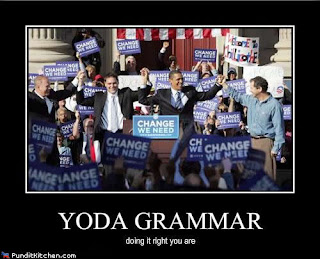 The son of William F. Buckley will vote for Obama.

The Bush administration this month is quietly cutting off birth control supplies to some of the world’s poorest women in Africa. Thus the paradox of a “pro-life” administration adopting a policy whose result will be tens of thousands of additional abortions each year — along with more women dying in childbirth.

Three reasons to takes political polls with a grain of salt. Pollsters themselves are worried that they'll be wrong, wrong, wrong.

The Sarah Palin Sex Doll. You knew it was gonna happen. (via YesButNoButYes)

Election Rap Battle '08. Even if you're tired of politics, this is funny!

The Name Game. Who shares YOUR name?