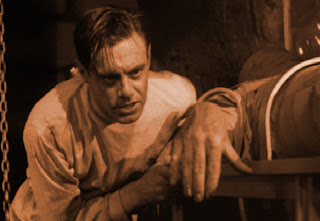 Who Was Dr. Frankenstein? Frankenstein, or The Modern Prometheus is considered by many to be the first science fiction novel. It was written in 1816-1817, during a time when bringing the dead back to life was a serious endeavor in scientific circles.

Bram Stoker's great grand-nephew, Dacre Stoker is preparing a sequel to the original Dracula novel. Look for it in a bookstore near you next October. And a film, too.

Top Ten Worst Halloween 'Candies'. These are the treats you give out if you don't want those pesky trick-or-treaters to come back next year. (via the Presurfer)