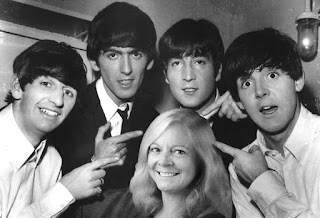 We found a baby on the subway - now he's our son. (via Metafilter)

Who Was the Most Evil Scientist in History? Your first guess is probably right.

'The Public Universal Friend,' Or The 1776 US History Story You Never Learned In School.

18 Stories From Americans Who Were Charged Outrageous Amounts For Healthcare.

The Haunted Tunnel. Building the Hoosac Tunnel costs 192 men their lives, and some believe they still inhabit it.

A blast from the past (2015): 9 Flowcharts for Maximum Non-Productivity.

Interesting and heartwarming story about the Subway Baby.

Dammit, the fifth Beatle made me cry this morning with the subway baby story.

The Hoosac tunnel goes through a 25,000 ft mountain?
Mt Greylock, the highest point is Massachusetts, is 3,491 ft.

As a single male I'm smart enough to know taking on a newborn would end badly.

When they say '25,000 ft mountain' I think they are talking about its width, not its height. That's about 4.7 miles, which is the length of the tunnel.