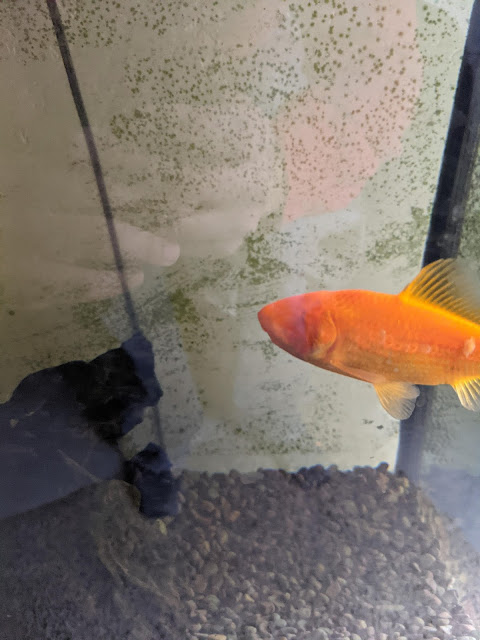 What do you call a fish with no eyes?

Meet FSH. There never was a more appropriate name. Redditor olsenry says the goldfish has gotten along fine in the aquarium for years. Here's the story.

Incase you are wondering how a goldfish has no eyes...... I bought about 8, 15 cent goldfish several years ago as pets. One of those goldfish turned out to be an a**hole. He would peck the eyes of the other fish. I don't know why fish would do this so let me know if you are a fish expert. But that jerk fish riped out both of this fish's eye plus one eye from my other fish. Luckily, the punk fish died but both my fish that had their eyes riped out are still alive and well! I named the one eyed fish captain morgan and reddit named the one with both eyes gone, FSH.