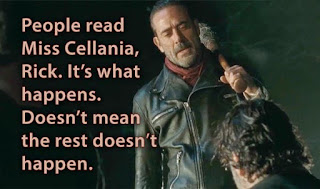 A British Person Lists 50 American States And What They’re Famous For. Not only are they funny, he knows more about the US than you'd expect.

In Ancient Georgia, Spring Arrived With Wine, Whips, and Mud. Learn about the festival of Berikaoba.

The Wonderful World Of Phenakistiscope Animation. (Thanks, WTM!)

Theaters Closed, But Rocky Horror Never Left. It played for no audience every Saturday night in Portland. (via Boing Boing)

The Kissinger Death Tontine (actually a death pool). “Once you’ve been to Cambodia, you’ll never stop wanting to beat Henry Kissinger to death with your bare hands." -Anthony Bourdain (via Metafilter)

The most American headline ever: Man accidentally shoots himself while trying on pants in Walmart dressing room. (via reddit)

Why Do Men Take So Long On the Toilet? (via Digg)

A blast from the past (2015): 8 Classic Internet Links You Should Know.

Had good laughs at the 50 American states and the Longmire altered romance novel covers. I thought Henry Kissinger was already deservedly dead but no, he's 97 so someone's going to win that tontine soon, I would think.

My old Doctor told me when he started his practice he was moonlighting as the night shift Doctor at an oil refinery. Being nights and a seedy neighborhood he started carrying a gun in his pocket. One night he went to use the toilet and the gun went off when it hit the floor putting a hole in the ceiling tile. A couple guys came in but he said the noise must have been from the chem lab on the other side of the wall. After they left he plugged the hole with wet toilet paper.

And I find it, I dunno,
ironic/troubling/confusing, that the
best (and my current favorite)
character on TWD is Negan. . .

Still wrestling with the
believability of his backstory.