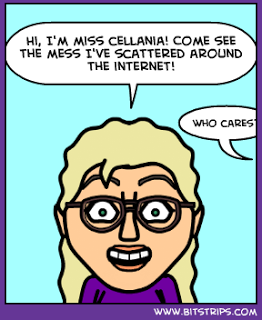 Why Restaurants Love Buffets Even More Than You Do. While you get all you can eat, they profit in several ways.

Kate Middleton’s Postpartum Look Sums Up Our Untenable Expectations for Women. Seven hours after the prince was a born, she was posing for pictures.

When the U.S. Kept Losing Nuclear Bombs. Some are still out there, waiting to be found someday.

Play Saturn's Rings Like a Harp. An image of the rings from the Cassini probe has been linked to harp sounds, so you can pluck them with your mouse. (via Metafilter)

How the Trump Show Gets Old. Ratings on The Apprentice went down every year, but then as now, Trump still reaps the benefits.

Woman Who Looks Like Trump Goes Viral In Spain. Dolores Leis Antelo is a farmer who is more interested in raising potatoes than building a wall. (via The Daily Dot)

Feed the World With Bad Music: The Wacky World of Charity Singles. There have been a lot more of them than you realized.

Mitchel Wu Has a Lot of Toys. They are the subjects of his photographs, placed in unexpected settings in odd combinations that show us another side to life as a pop culture icon toy.

Decoding My Pup's DNA. More evidence that mutts are the best.

Tia Freeman tells incredible story of how she used YouTube videos to carry out the waterbirth of her baby while alone in hotel room. (via Metafilter)

I do, I do, you make such lovely messes.