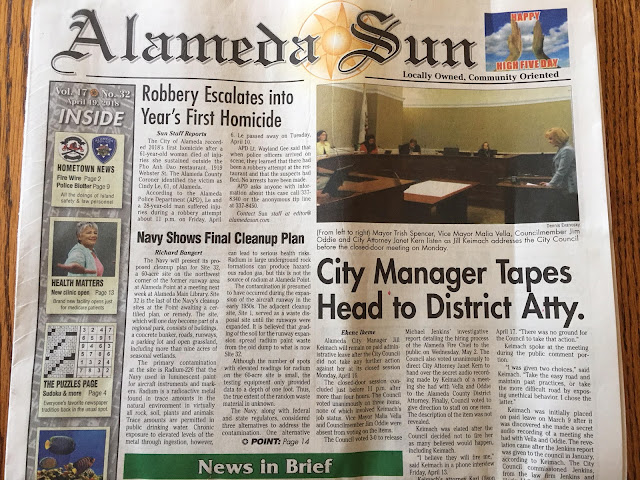 Charlie Eilhardt noticed a perfect example of a crash blossom in a headline in Thursday's Alameda Sun. You can just picture the City Manager and the District Attorney trying to walk around with their heads taped together, presumably with duct tape. What we have is two words in a row, "tapes" and "head," that are both used as either a noun or a verb, and figuring out which usage is meant depends on the context. What is really happening is that secret recordings will be given to the prosecutor. You can enlarge the picture to read the story here. (via Dave Barry)