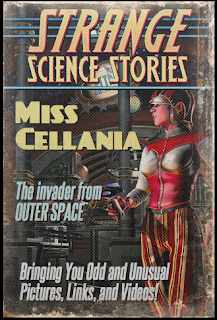 What Are Mercury's Mysterious Red Spots? Data from the MESSENGER probe proves the tiny planet to be more interesting than we ever knew.

A tantalizing casting call may give us a clue to Star wars: Episode IX. In other words: Rey's parentage is back in play.

How Antonio Banderas Conquered His Fear of Playing Picasso. The role of his hometown hero was intimidating before now.

Whose Story (and Country) Is This? We shouldn't have to be white, male, and Protestant to matter. (via Metafilter)

What Kind of Town Elects a Cat as its Mayor? The kind of town Talkeetna, Alaska, is.

Where the Amish Go on Vacation. A neighborhood in Sarasota, Florida, is the place for an annual respite from normal work. (via Nag on the Lake)

8 Serious Hollywood Scenes That Looked Hilarious Before CGI. Don't let a look behind the scenes ruin your suspension of disbelief.

The Dark History of 'America First.' The dog whistle phrase has been around more than a century.

The Jewish Psychic Who Tricked Hitler. Erik Jan Hanussen was a master at manipulating gullible people, up to a point.
Posted by Miss Cellania at 4/24/2018 07:00:00 AM