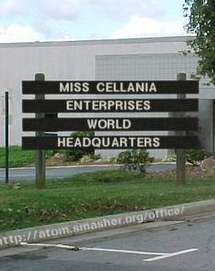 The Robot Revolution Will Be Televised!

"Save the Rich," by Garfunkle and Oates.

What Is the Mystery Flavor of Dum Dums? There's actually a perfectly logical explanation.

The Captains from all five Star Trek series got their picture made together! This is comparable to the few times we see all the living US presidents get together -usually for a funeral.

A Dutch artist made a quadricopter out of the body of his deceased cat. That itself is both disturbing and hilarious, and now there's a song about the whole thing.

The Screwed Generation. Many young people in Europe had decided not to have families, because the jobs and the economy aren't there for them.

The best-laid plans of this kitten didn't so much go awry, but were sabotaged by his intended victim. In other words, Cat Fail.

Where's the best place to mount a camera? On a remote-control airplane, of course, as this awesome video proves.

6 miracle babies who beat the odds. When science says it isn't possible, some outliers show a will to live that won't quit.

10 Uncanny Sets of Birth Twins. They aren't related, except each pair has two famous people who happened to have been born on the same day.
Posted by Miss Cellania at 6/05/2012 07:00:00 AM