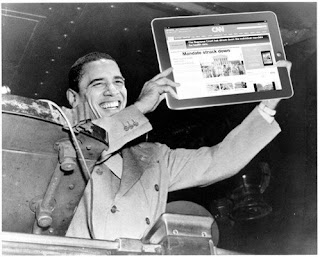 How did the internet react to the Supreme Court's ruling on Obamacare? With memes and image macros, of course! And more here.

An Internet Family Vacation. See what happens when websites get together for a camping trip. A lot of inside jokes, with more in the comments.

See a supercut of TV's Best Confession of Love. Surprising, goofy, tragic, or epic, all together they will make you go mushy inside.

Would you like to learn how a microwave oven works? Did you even know people used to refer to them as microwave "ovens?"

Jeff Cohen’s five-year-old daughter decided her three-year-old sister needed a haircut, so she got the scissors. Weeks later, after everyone had calmed down and learned their lessons, he interviewed the girls about the experience.