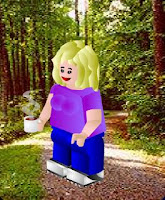 The Sleep-Retardant Properties of My Ex-Girlfriend. A scientific analysis that explains why she's an "ex."

The Supreme Court is expected to announce their ruling on the Affordable Care Act (Obamacare) on Thursday. If you need to catch up, here are the answers to ten common questions about the case.

Meet Gilbert Baker, the Man Who Invented the Gay Pride Rainbow Flag. The symbol has been used for 34 years now!

Frankenweenie was a 1984 animated short that got Tim Burton fired from Disney. Now he's making it into a feature film, and we have a new trailer to watch.

The internet is an amazing place where we can see a live childbirth, as recorded on an MRI scanner. There's also a video of sex in an MRI, not that you have to watch it.

Why is this dog in the refrigerator? Because that's where the food is!

Ace of Bass was a Swedish pop group of the '90s. Aces of Bass is a tribute band that performs cover versions of their music ...on bass fiddles.

6 ridiculously bizarre court sentences. Judges here and there are tired of revolving-door justices and have handed out odd and memorable punishments.

4 More Examples of American Political Corruption. And as long as there is money and power involved, new cases will still hit the news with regular frequency.
Posted by Miss Cellania at 6/27/2012 07:00:00 AM