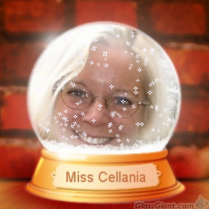 The Search for a Hot Craps Table. Subtitled The Effects of Temperature on the Outcome of Fair Dice.

What's the deal with Adam Sandler?

14 Mistakes That Really Should Never Have Happened. But when they do, the laugh is worth more than the trouble they cause.

A Librarian Deals With Creeps, Crazies And Husband-Beaters. These kinds of adventures make working at home seem like a dream come true.

See how much trouble food stylists go through to make a McDonald's burger look good enough for an ad. Of course, the ones we eat never look this good, because they are actually edible.

The sequel (actually a prequel) to Monsters, Inc. is called Monsters University. It's only appropriate that the monsters go to college, as the kids who saw the first film in theaters will be in college when this movie opens in 2013.

The Rise of Nordic Noir TV. Scandinavian dramas are hot in the UK and may be coming to the U.S. -sooner or later.

How Cereal Transformed American Culture. What was originally a health food made it big as as kid chow.
Posted by Miss Cellania at 6/21/2012 07:00:00 AM