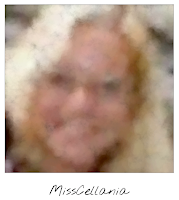 Back to school traffic is killing me.

A three-part article follows a story of international adoption gone wrong. The upshot is that throwing money at a problem sometimes makes it worse. (via Metafilter)

I Remember Ed Wood. The star of Plan 9 From Outer Space tells his story.

6 Shocking Stories from the London Riots. A mob is a mob and a city is a city even when its on fire, but individual stories bring it all home.

The 10 Most Important Kisses in the Universe.

8 Reasons Young Americans Don't Fight Back: How the US Crushed Youth Resistance.

Why do people confess to doing things they actually didn’t do? An experiments shows that eliciting a false confession is easier than it should be. (via 80 Beats)

Stephen King’s novel about a time-traveling teacher who goes back to the day of the Kennedy assassination won’t be in stores until November. But the film rights have already been snapped up, by The Silence of the Lambs filmmaker Jonathan Demme.

Volunteer recruitment at a shelter specializing in helping abused animals raises a few eyebrows. Where do you draw the line between ‘making do however you can’ and exploiting animals for profit?

Many people assumed that the Sesame Street characters Bert and Ernie are lovers. Amid the talk of marrying them off, the show’s producers take time to clarify the Muppets’ sexuality.

Batman Villains Psychoanalyzed By Mental Health Experts. Those labeled criminally insane in the comics would probably only need a little therapy in real life. (via Neatorama)

If you doubt that banks are heartless, see how Chase caused this guy to lose his job and car because of their mistakes.