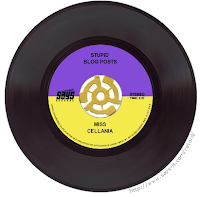 Take a 150-year-old British story, soak it in the culture of cute Japanese anime, and run it through the technology of Vocaloid audio recording and animation software, and you end up with Alice in Musicland!

Here's a blog about chum.

The 20 Greatest Sharks in Pop Culture History. I bet you’ll see some you’d forgotten about in this list celebrating Shark Week.

As an exercise, ESL teacher Pony sends student “A” strange found photos, and she writes a few sentences about each one. The result is a taste of Japanese humor rendered in intermediate English at Pony and “A” Take Over the World. (via Gorilla Mask)

In Cowboys & Aliens, Jon Favreau gave us a winning premise and an unbeatable cast. Alas, the reviews are coming in, and it’s not pretty.

Mirai Mizue’s Hypnotic Compositions will delight you. Watch three animated videos and another of the artist in action.

The Netflix rate hike is “literally the worst thing that has ever happened to white people.” The Netflix Relief Fund With Jason Alexander might alleviate some of the misery.