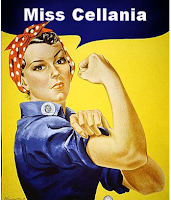 “What, Not How”: The Case of Specifications of the New York Bagel.

For Shark Week: This is what sharks think of tourists filming them from the safety of those cages. (Thanks, KtotheK!)

A mariachi band serenades a beluga whale at Mystic Aquarium in Connecticut. The whale seemed to appreciate the music as much as the wedding party they were hired to play for.

6 ‘Insane’ Details from The Real World Cast Members Contracts. MTV even reserves the right to the “fictionalization and “dramatization” of a participant’s life story -how real is that?

This puppy may be tiny, but he’s not about to let a flock of ducks steal his kibble!

So, you're mad about something on the internet.

Can you solve the Zebra Puzzle? (via mental_floss)

The mark of a great actor: when they hire you to act the part of an ape, so animators can study you to discover exactly how an ape moves. That’s the role Andy Serkis plays for the makers of Rise of the Planet of the Apes.
Posted by Miss Cellania at 8/05/2011 05:44:00 AM