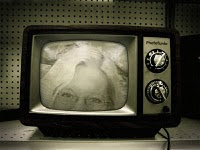 Want to help encourage a young and inexperienced writer? My daughter has a blog that's an advice column for cats. Go figure. She needs questions to answer, or even just comments would be nice. Thanks!

Tax the rich or cut government spending? Turns out the American people want both in order to balance the budget. (via Breakfast Links)

Warren Buffet says, “Stop Coddling the Super-Rich.” Everyone else has something to say on whether we should listen to the world’s third-richest man or not.

Does the world really need a fourth Austin Powers movie? Not that it matters; the movie will apparently be made any way.

The Five People You Meet on the Apocalyptic Message Board. Yes, there is a 2012 Forum, but you’ll want to be prepared before you visit.

11 Cheery Songs That Are Actually Depressing. People don’t listen what the words say or mean; ask any wedding DJ.

3 Controversial Maps. Because, after all, the world is in the eye of the beholder.

The Cingulate Cortex Does Everything!

Mental Floss posed a question about Back to the Future, and one of the film's creators stepped in and explained. Ain't the internet cool?

The art group Skrekkogle took the graphic of dancing cards that you see when you win computer solitaire and rendered it in 3D. A thousand card faces were printed and laminated onto black foam, then positioned to make the sculpture.

Shawn spent an entire year getting ready to throw a surprise wedding for Colleen, and make every detail exactly the way she wanted it to be. He even brought her bedroom furniture to the wedding venue so Colleen could get dressed in familiar surroundings.

The 21 triangles that form the sculpture called MÖBIUS were moved around to make a stop-motion video in which the art comes alive. Enjoy it, and then see how they did it.