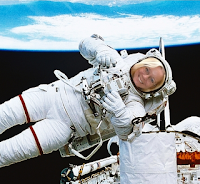 Ken retired and started a woodworking project. The only things it’s good for is to impress you, which it is guaranteed to do.

Skateboarding Crashes Are More Awesome In Slow Motion. Of course, that’s only if you’re watching the videos, not experiencing the crash yourself.

Revenge of the Hunchcat. Two very short videos of cats that have never met, but share a strange ability.

What happens when you fall asleep in the front row during a comedy show.

The 25 Greatest Unscripted Scenes in Films. Improvisation only works for those who have talent, so you can be sure there are millions of snippets that didn’t make the supercut. NSFW language.

Henry’s Anytime Chili for One is a sad little recipe. Not only is Henry all alone, he can’t cook worth a darn.

Tokyo designer Takako Iwasa has the most fashionable cats in the world. Watch them show off outfits available for Iwasa’s feline customers.

The 9 Ways Baseball Players React To Calls They Hate. Once you know them all, you can design your own Major League drinking game around them.

Even a highly-paid CNN anchorman can react like a 12-year-old boy, if the script is funny enough. Watch for the pun that pushed him over the edge.

Read the full text here: http://www.mentalfloss.com/blogs/archives/97683#ixzz1VRe1OzOg
--brought to you by mental_floss!