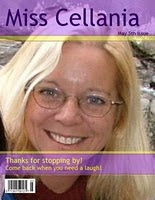 A guy on the highway saw a young driver texting, so he called the police and then started his video camera. That recording was given to the police, and stands as a testament to why you don’t text while driving. NSFW audio.

According to a new book, Nazi scientists tried to train dogs to speak, read, and write at the School for Dog-Human Communication. The dogs, however, were intelligent enough to keep their education to themselves.

Top Ten Myths About the Brain. In other words, science marches on, while the same old sound bites are passed along from generation to generation.

Saskboy has a short course in global economics.

If high school was horrible because you were ostracized as a geek, you may be on the path to success. At least, compared to the popular kids who ruled the school.

People with long commutes to work have more health problems, pain, stress, loneliness, divorce, obesity, and unhappiness. Believe it; my happiness level went way up when I traded in a ten-minute commute for working at home. (via Metafilter)

The 50 State Conspiracy Road Trip. There’s a scandal for every state; some are proven facts and others are way out in left field -or are they? (via Gorilla Mask)

Graham Walker gives his Stanford University School of Medicine commencement address in 2008: What it means to be called “Doctor”.

R.I.P. Mars Spirit Rover. The little robot geologist went above and beyond the call of duty until he couldn’t anymore.