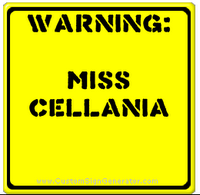 Drop some Mentos into a plastic soda bottle to make a homemade rocket -what could possibly go wrong? It might not work, or it just might work.

All you need to do is turn off the lights to unleash Ana Somnia’s dreams. Whether they are dreams or nightmares depends on your state of mind.

A classic story of a remote control blimp. This is only funny because it happened to someone else. (via reddit)

Charlie took his sister Ginny to the movies. What Charlie knew, but Ginny didn’t, was that Ginny’s boyfriend Matt made a special video to show during the previews.

Duck Tape Prom. The biggest night of your high school career doesn’t have to bankrupt you -if you got enough chutzpah to wear Duck tape!

The Limited Lifetime of the Solar System.

The 100 Worst Senior Portraits Of All Time. There were advantages to the old "line them up and shoot them" method. (via Gorilla Mask)

What the British say and what they really mean. (via Dark Roasted Blend)

I Like Vegetables. Parry Gripp brings us a catchy rap about tasty tasty veggies -word!

Are you ready for the Zombie Apocalypse? The CDC has tips on being prepared for the onslaught.

We all like to see food in slow motion! Breakfast Interrupted is like a ballet, except for the horrific mess you know will follow. Followed by a making-of video.
Posted by Miss Cellania at 5/19/2011 05:59:00 AM