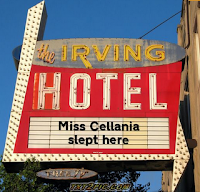 How do serial killers get their nicknames? An unidentified serial killer in Long Island doesn’t have a snappy moniker yet -or at least he hasn’t claimed one.

Olympics Loser Fights his Horse (and 5 other Unlikely Sports Brawls). An athlete losing his temper may be unsportsmanlike, but the crowds love it.

10 Stats You Should Know About Our Prison System.

Health insurance companies are raking in record profits, yet they are still seeking higher premiums. And still people resist a single-payer plan. (via J-Walk Blog)

5 Scorned Women Get Their Revenge. See what happens when you don't take the time and care to let her down easy.

What It’s Like to Get a Breast Reduction, a major step that made a major difference in one young woman’s life. One illustration is NSFW. (via Metafilter)

Is It Time to Destroy the Last Smallpox Stores? A list of pros and cons for keeping smallpox around are listed at 80beats. (via Carl Zimmer)

James Zwerg was a Freedom Rider in Montgomery in 1961. The picture of what he endured put the Civil Rights movement in the news across the country and left Zwerg with permanent psychological scars. (via Fark)

How Saipan got Obsessed with SPAM. You could almost say it became comfort food.

Over 50 and Out of Work, a site I can’t even read because it’s so scary. These folks are spending their retirement savings on groceries and might never find jobs again. (via Breakfast Links)

A little robot rolls around the room, then stands up on one end and turns into a helicopter! I’m impressed, but it looks a bit dangerous to be flying indoors.

7 Memorable Commencement Addresses. If you’ve been so honored as to speak this spring, you might want to get some tips from these hit speeches.
Posted by Miss Cellania at 5/20/2011 05:51:00 AM