Cuckoos and Other Animated Clocks 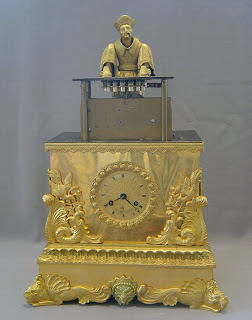 Mental_floss blog editor Jason English told me his daughter wanted a cuckoo clock, but she wanted one with a dog instead of a cuckoo. I began to wonder why clocks use cuckoo birds to identify the hour. As it turns out, there are quite a variety of ways clocks will announce the hour. See some of them in this article I posted at mental_floss.