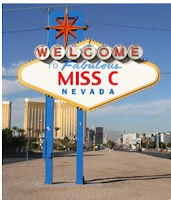 13 Things That Saved Apollo 13. The links to the rest of this 13-part series is at the bottom of the page. (via Bad Astronomy Blog)

6 People You've Never Heard of Who Probably Saved Your Life. One even changed the world after her own death.

We've been told over and over that Neanderthals are extinct and never interbred with humans. Now there is DNA evidence that what we were told is wrong.

A magnetic field, unlike a corn field, is supposed to be invisible. However, there are a few parlor tricks you can use to see a magnetic field in action.

10 Women Who Changed the Face of the Military. If you are already familiar with more than two of these, you are way ahead of most of us.

13 Essential Talking Points for the Earthquake Enthusiast. And if you ever run into one (enthusiast, not earthquake), these will help you keep up.

Mind in the Water: The dolphin as our beast of burden. The story of the intelligent cetacean and the man who introduced them to both the hippie culture and the military. (via Metafilter)
Posted by Miss Cellania at 5/11/2010 05:57:00 AM